A proposal to construct a new helipad in the Sydney CBD on top of the Sofitel Hotel creates much food for thought.

Dr Jerry Schwartz, Australia’s biggest investor in private hotels, revealed in May that he was planning to build a new helipad on top of the 38-storey Sofitel Hotel in an attempt to revitalise Australia’s injured economy and tourism sector. The Sofitel Hotel is adjacent to the city’s International Convention Centre.

Dr Schwartz argued that as the local economy has been devastated by COVID-19, “there is no better time to introduce the concept of a CBD helipad to help revive the city’s economic fortunes”.

The proposal has now been opened up for consultation amongst stakeholders and the broader community.

The look of a new helipad in Sydney’s CBD

There used to be a Sydney helipad operational in the 1980s, but it had been removed in order to develop the city’s former rail yards. There had also been efforts to develop a helipad in Barangaroo ten or so years ago.

There are only two other major public helipads in Sydney, located at Mascot and Bankstown.

So what will a helipad for Sydney look like in the 2020s? 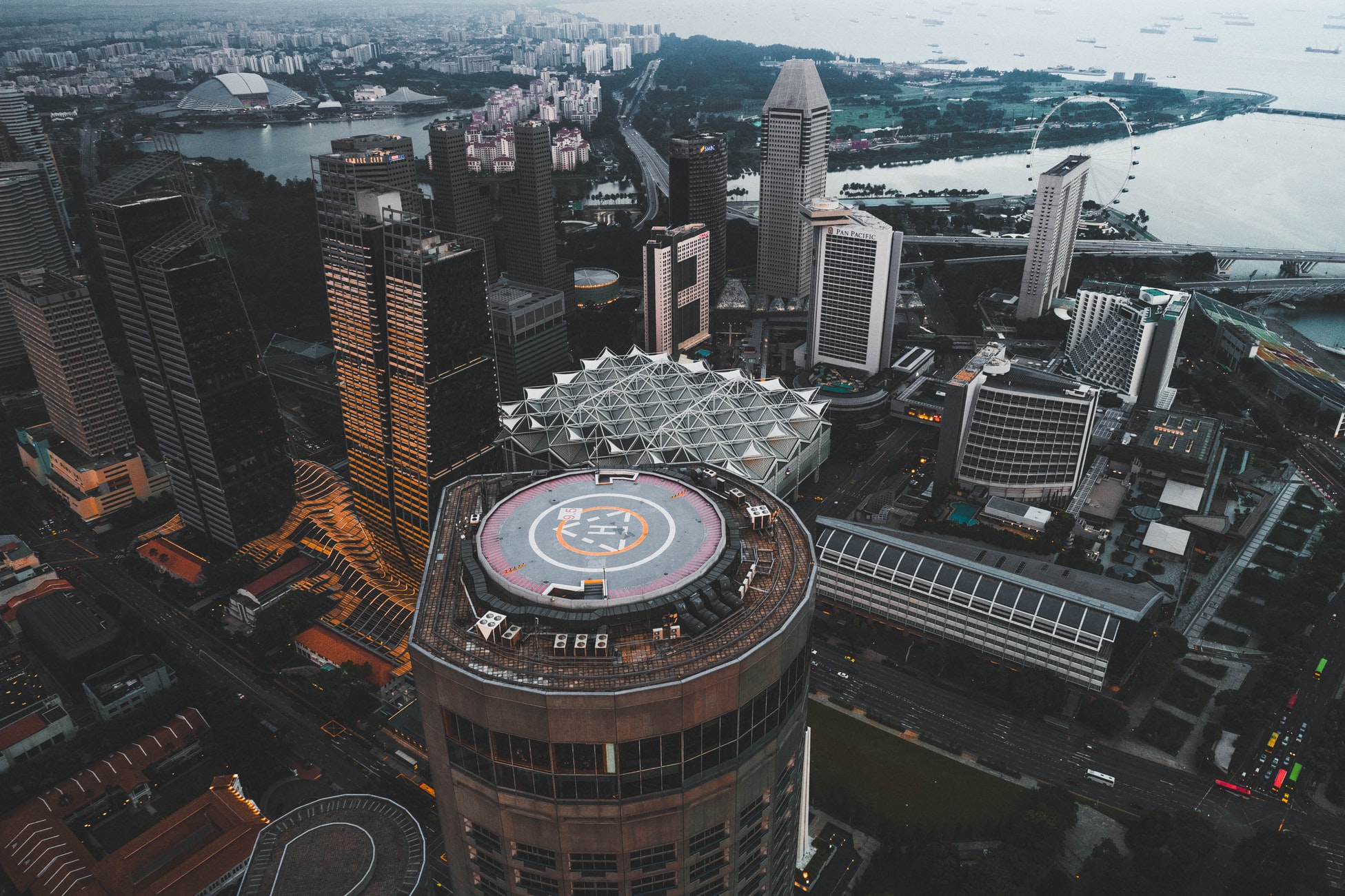 Several large cities have helipads in their CBDs, including New York, Paris and London.

A new helipad would be used by different businesses, would service the International Convention Centre and would also be used by emergency services.

Dr Schwartz said that “Darling Harbour is designated as a dedicated tourism, convention and business precinct, which makes it the ideal location for a permanent helipad”.

He said that he envisaged “world leaders [arriving] at Sydney Airport and [being] flown direct to the Darling Harbour Helipad to make a keynote address at the International Convention Centre”.

The route to a new helipad

To gain approval for a new helipad will take at least 18 months.

Assuming nothing major occurs to delay the project, a new helipad would not be open up for operations until 2022 at the very earliest. It was reported that Dr Schwartz has already spent around $250,000 on consultancy fees.

Dr Schwartz further announced that he intends to prepare an environmental impact statement and lodge it with the City of Sydney Council (who’ve stated that they haven’t received any correspondence regarding the new proposed helipad).

The process of an environmental assessment alone will take an extensive consultation process with locals, businesses, community groups and other relevant stakeholders. Sydney MP Alex Greenwich has already cast cynicism over the project, saying Sydney is “not a jungle of high rises”. It is “not Sao Paulo or Las Vegas”.

Whilst no such instrument exists for the Civil Aviation Safety Authority (CASA) to certify or register helipads, Dr Schwartz will need to ensure his helipad maintains compliance with the relevant civil aviation regulations, namely CAR 92.

Such a project would also require a comprehensive airspace assessment. It’s been reported that the flight path the helipad will use will be based on already existing helicopter flight paths around Sydney CBD and between Sydney Airport. Noise impact assessment investigations have also been reported to have begun.

The community can have their say by registering for an information session and emailing info@darlingharbourhelipad.com.au.

You can also find more information about the proposed new helipad in the Sydney CBD at www.darlingharbourhelipad.com.au.