Home/News/Ukrainian Airlines Plane Crash over Iran: What You Need to Know

The Ukrainian Airlines plane crash over Iran, where the Iranian military ‘unintentionally’ shot down a Ukrainian civilian airliner killing 176 people, has shocked the world. Below, we’ve recounted what you need to know about the incident.

On 8 January 2020, an Iranian Tor-M1 missile brought down Ukraine International Airlines Flight 752, a Ukrainian passenger jet, near Imam Khomeini International Airport in the Islamic Republic of Iran, killing all 176 crew and passengers onboard.

According to the Iranians, the military mistook the passenger jet for a “hostile target” due to the position and posture of the plane. In particular, they say the Iranian Revolutionary Guard Corps observed the object’s sharp turn toward a sensitive military base in Iranian territory and thought the worst.

The admission from Iran was a striking reversal, with the country first denying any fault and claiming that the Boeing aircraft crashed due to mechanical problems.

What happened to the Ukrainian Airlines plane?

The flight was originally delayed (having supposed to have taken off at 05:15), and it was scheduled to land in Kiev at about 08:00 local time.

However, contact with the flight was lost at about 06:18 during the climb.

A recently released video appears to show the moment that the Iranian Revolutionary Guard Corps launched two missiles as the plane was climbing and those two missiles colliding with the aircraft. 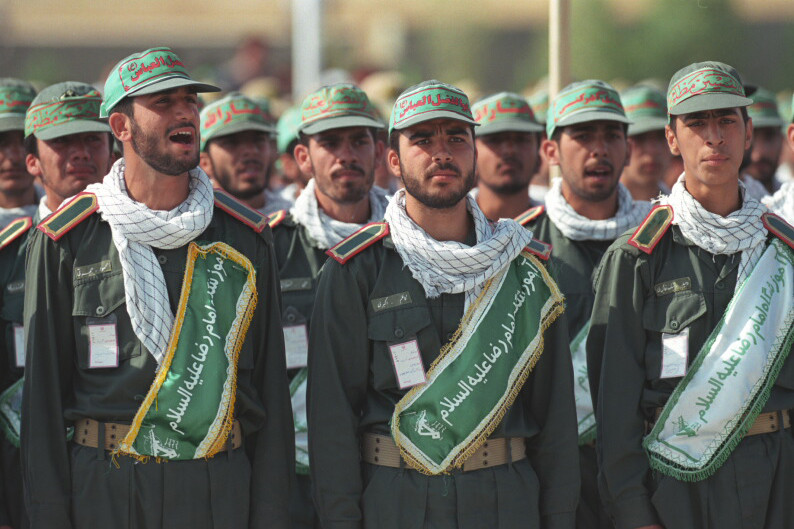 The Iranian Revolutionary Guard Corps claimed responsibility for the incident.

Iran’s Ministry of Road and Transportation initially claimed that pilot error was responsible, saying that the aircraft burst into flames, one of the engines caught fire and the pilot lost control. Iran released a preliminary report of the incident which said the aircraft changed direction after discovering a technical problem, perhaps trying to return to the airport. However, U.S. intelligence expressed the opinion that a  Russian-built Iranian Tor missile had shot it down based on reconnaissance satellite images.

Iran claimed that the U.S. were lying, but then on 11 January, the Islamic Republic said they shot down the aircraft by “accident” and that the Revolutionary Guard takes “full responsibility”. An officer had made a severe misjudgment by shooting down what he thought was a hostile target.

82 passengers onboard were Iranian, while 11 were Ukrainian, 10 were Swedish, 3 British, 4 Afghan and 3 German. Most passengers had been travelling to Canada via the Ukraine.

What does the Ukrainian Airlines plane crash over Iran mean for aviation?

The downing of the Ukraine Airlines plane shockingly resembles the crash of Malaysia Airlines 17 on 17 July 2014, when a Buk surface-to-air missile fired by pro-Russian separatists shot down a civilian airliner over Ukraine killing all 298 people on board.

Not only was it similar because the plane was a civilian airliner shot down by a missile or because of a Ukrainian element. Importantly, both aviation incidents occurred in a geopolitically charged environment. Only the week prior to the Ukrainian Airlines plane crash, the U.S. had launched drone strikes over Iran killing Maj. Gen. Qassim Suleimani, a highly influential Revolutionary Guard commander.

Since the missile strike, the U.S. Federal Aviation Administration has banned U.S. carriers from operating over Iraq, Iran and the Gulf of Oman. The waters between Iran and Saudi Arabia are also off limits. Europe’s aviation regulator, the European Aviation Safety Agency, also recommended that EU-based commercial airlines steer clear of Iraqi airspace.

As opposed to 2018’s staggering amount of over 500 deaths as a result of passenger airline crashes, 2019 experienced almost half of that with 283 deaths. While it appeared that 2018 was simply an unlucky year for flying, 2020 is off to a rocky start with the Ukrainian Airlines plane crash over Iran occurring so early into the new decade.

In the wake of the Iranian incident, the Flight Safety Foundation has now called for the establishment of a regionally based aircraft crash investigation team to bring “impartiality and expertise” to aircraft accidents investigations that occur in tense geopolitical situations where “politics, bias and technical inexperience” hamper the quality of investigations.

The Foundation’s general counsel Kenneth Quinn argues that an independent cross-border international accident authority is very much needed. Such an idea could possibly be recommended to the International Civil Aviation Organisation. He said that current accident investigation authorities “are too slow, … too biased and are too inexperienced, and they don’t have enough resources”.

There have indeed already been concerns of whether an unbiased investigation will occur for the Ukrainian Airlines plane crash over Iran. This is especially the case given Iran had initially denied that it shot down the aircraft.

Lucas Moctez February 2nd, 2020|News|Comments Off on Ukrainian Airlines Plane Crash over Iran: What You Need to Know