The Australian Transport Safety Bureau (ATSB) has released its report on a significant near-miss at Sydney Airport, where two completely full Qantas planes nearly collided with one another.

On 5 August 2019, a Qantas A330-200 almost collided with a Qantas 737-800, when the former was departing for Perth and the latter was en route to arrive from Brisbane on the same runway.

An air traffic controller, who was a trainee, was managing the fights under an instructor’s supervision. Realising that there was not enough space between the two aircraft, he told the 737 to go-around (a standard move whereby a pilot stops landing an aircraft due to unsafe circumstances). The A330 travelled a mere 152 metres below, and 796 metres laterally of, the 737 in a couple of seconds.

The ATSB, Australia’s transport safety bureau, released a preliminary report of the incident on 16 January 2020.

What did the ATSB report uncover about the near-miss at Sydney Airport?

The report found that there was a “loss of separation” between the planes. It happened when both aircraft turned right after the 737 was instructed to do so by the air traffic controller (who had missed an approach procedure).

The controller had been training to hopefully take up a position at Sydney Airport. Unfortunately, his instruction to the 737 to turn was in conflict with the A330’s departure path. 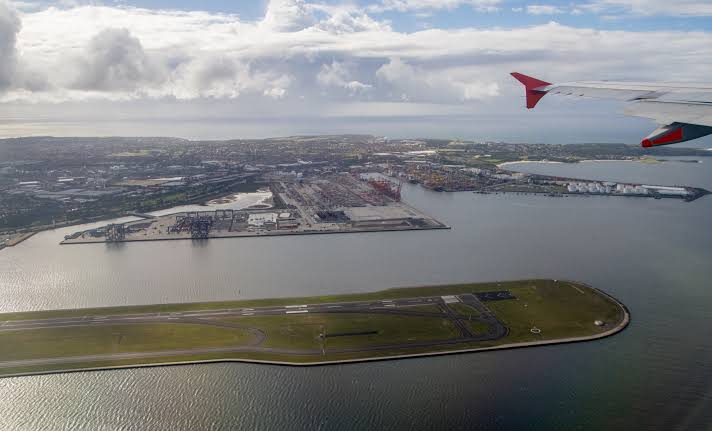 The ATSB’s investigation will look at whether fault over the incident lies with a trainee air traffic controller.

The aircraft’s last-resort collision avoidance system was activated as a result of this event. The crew of the A330 then proceeded to adjust the angle of their ascent in an effort to further avoid the 737, who adjusted their course to turn further right in order to complement the A330’s left turning. The 737 and the A330 ascended, with both aircraft reaching safety.

From the A330 taking off to the safe division of the two planes, the entire event took a deceptively short, but intense, amount of time that clocked in at 81 seconds.

Qantas assured in a statement that the planes were “not in danger of colliding” even if they had both maintained their flight paths. This is perhaps because of the anti-collision technology installed in both planes.

However, Avlaw Aviation Consulting founder Ron Bartsch, quoted in the Daily Telegraph, called it a “very serious incident” that “certainly posed a significant risk to all on-board both the aircraft and the densely populated suburb of Mascot over which the incident occurred”.

The ATSB are yet to release a final report of the incident in the conclusion of their investigation.