Aviation and the Law

Aviation as a global industry has an international context across a diverse range of technical and operational disciplines. Accordingly, the aviation industry by its very nature is inherently exposed to international events and to operate efficiently must therefore be subject to extensive regulatory oversight and harmonisation.

As anyone working in the aviation industry would only too well know the application of aviation law applies to practically every aspect of day-to-day operations. It is therefore imperative for any aviation professional, regardless of capacity, to (at a minimum) have an appreciation of what aviation laws might apply and interface with their workplace responsibilities and ideally also have an understanding of how those laws work.

Professor Ron Bartsch has over 35 years’ experience in the aviation industry in a variety of senior operational, safety and regulatory roles. As former Head of Safety and Regulatory Compliance at Qantas Airways Limited and a Senior Manager with the Australian Civil Aviation Safety Authority (CASA), he has both industry and government experience across multiple sectors of the aviation industry.

He is a Independent Director of Australia’s largest independent airline Regional Express Holdings Limited and chairs the airline’s Board Safety and Risk Management Committee. As an experienced pilot, Ron has in excess of 7,000 flying hours, an Air Transport Pilot Licence and ratings on over 30 aircraft types including command endorsements on the Beechjet and Boeing 717.

Ron also has formal qualifications in law, education, science, the arts and philosophy. Admitted as a Barrister to the High Court of Australia in 1993, he has consulted in the Asia-Pacific, Africa and the Middle East.

A former high school mathematics and science teacher, Ron has also served as a Senior Lecturer and Senior Visiting Fellow at the University of New South Wales for the past 23 years and is Visiting Professor at The University of the South Pacific and the Australian National University. He is author of numerous publications including the best-selling Aviation Law in Australia (Fourth Edition) and contributing author for the aviation title of Thomson Reuters Laws of Australia and Halsbury’s Laws of Australia.

The following publications are written from a pragmatic perspective in easily assessible language as testified below.

“To the task of presenting, explaining and updating the Australian law on aviation, he has brought an insider’s enthusiasm; a highly practical outlook; and a clear appreciation of the importance of the law for the safe and compatible regulation of aviation.”

From the Foreword of Aviation Law in Australia (5th ed) 2019

“I believe one of the most enduring qualities of this publication is its depth and breadth of coverage of the subject matter. Such attention to detail could only be provided by someone with extensive operational experience in the aviation industry and someone with the intimate understanding of all aspects of aviation law .”

From the Introduction of Aviation Law in Australia (5th ed) 2019

From praise for International Aviation Law in Australia 2nd ed) 2019

The Second Edition of International Aviation Law: A Practical Guide explains the international context and application of the law as it applies to commercial and recreational aviation and to the broader aviation environment. It provides a comprehensive introduction to all aspects of aviation law from criminal law to contract law to the legal duties and responsibility of aircrew and other aviation personnel including airport operators, air traffic controllers and aircraft engineers. Each area of the law is clearly explained in accessible language and supported with practical case studies to illustrate the application of the law within an operational aviation context. It also provides advice on how to avoid or minimize legal liability for aviation practitioners and enthusiasts.

Thoroughly revised and updated throughout, this second edition adds new material on subjects such as unmanned aircraft systems, ASEAN’s Single Aviation Market, common rules on compensation and assistance to passengers, and a discussion on the impact of Brexit to the UK’s aviation market and legal status.

The constant challenge of any technical publication is that it remains current and relevant. Aviation Law in Australia, 5th Edition has been thoroughly revised and expanded to meet this challenge in providing a comprehensive account of all aspects of aviation law for anyone personally or professionally involved in aviation. This edition takes into account the most pertinent changes in the industry, with the addition of a chapter focused on Remotely Piloted Aircraft Systems (RPAS)/drones.

The integration of drones into society has attracted unprecedented attention throughout the world. The change, for aviation, has been described as being equally as big as the arrival of the jet engine. This book examines the issues that surround this change, for our society and the legal frameworks that preserve our way of life. Drones in Society takes the uninitiated on a journey to understand the history of drones, the present day and the potential future in order to demystify the media hype.

Written in an accessible style, Drones in Society will appeal to a broad range of interested readerships, among them students, safety regulators, government employees, airspace regulators, insurance brokers and underwriters, risk managers, lawyers, privacy groups and the Remotely Piloted Aircraft System (RPAS) industry generally. In a world first, this book is a light and interesting read; being both relatable and memorable while discussing complex matters of privacy, international aviation law and the challenges ahead for us all. 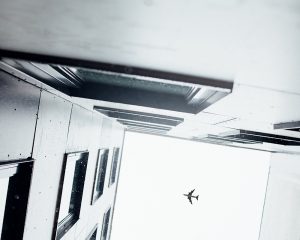 Lorem Ipsum is simply dummy text of the printing and typesetting industry.

Lorem Ipsum is simply dummy text of the printing and typesetting industry.